It’s Not Enough To Say, “I Believe God” 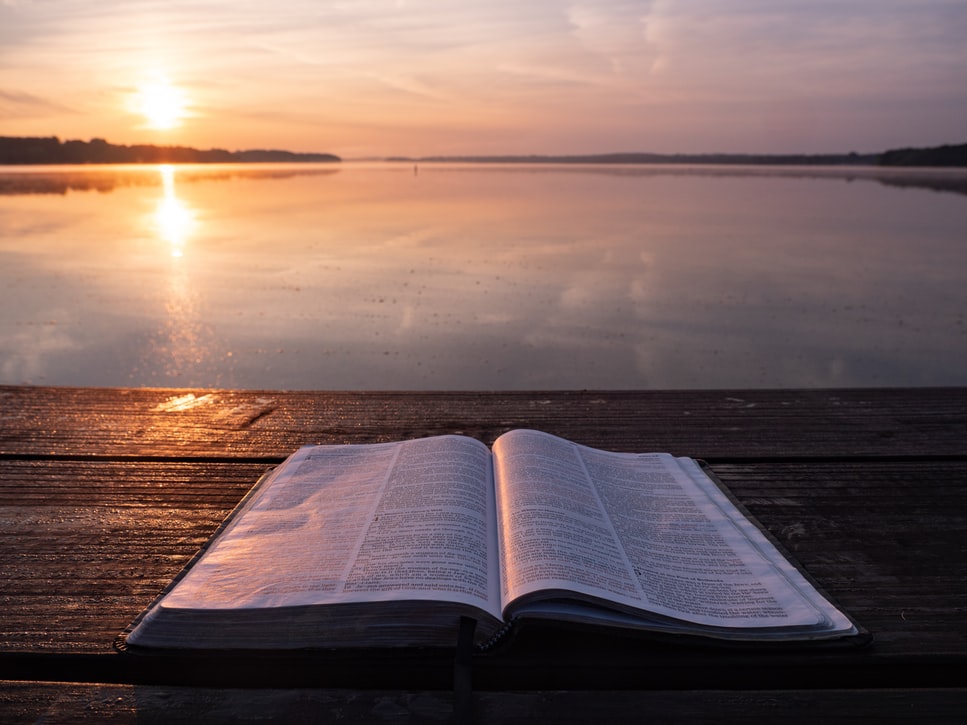 Have you ever experienced such a wall [obstacle] in your life that you feel it’s 100 miles thick? Literally. You know there is more, much more for you to experience just on the other side of this tremendous obstacle, (and you know it’s an obstacle because it’s creating unnecessary confusion, some ongoing chaos, prevention, delays, and everything you KNOW to be true and right and noble and good is being challenged?)  After a while, this “wall” can play havoc on your mind-set – your faith – your drive – and your zeal. Why? Because walls (obstacles in our path placed there either by the enemy or by God to test our faith) are allowed or designed to be a time when our faith in God is strengthened.

Just like with the wall of Jericho when the children of Israel were told to go claim their inheritance. They KNEW what was on the other side of the fortified wall of Jericho because the Lord told them. And yet,….smack-dab-square-in-the-middle of their determination, obedience, and zeal they find a wall – not some small hurdle to climb – but a massive thousand-ton seemingly immovable rock solid wall blocking them from possessing and experiencing what was rightfully theirs.

Let’s look at this wall –

“Jericho [a fortified city with high walls] was tightly closed because [of the people’s fear] of the sons of Israel; no one went out or came in. 2 The Lord said to Joshua, “See, I have given Jericho into your hand, with its king and the mighty warriors. 3 Now you shall march around the city, all the men of war circling the city once. You shall do this [once each day] for six days. 4 Also, seven priests shall carry seven trumpets [made] of rams’ horns ahead of the ark; then on the seventh day you shall march around the city seven times, and the priests shall blow the trumpets. 5 When they make a long blast with the ram’s horn, and when you hear the sound of the trumpet, all the people shall cry out with a great shout (battle cry); and the wall of the city will fall down in its place, and the people shall go up, each man [going] straight ahead [climbing over the rubble].” …. “Then on the seventh day they got up early at daybreak and marched around the city in the same way seven times; only on that day they marched around the city seven times. 16 And the seventh time, when the priests had blown the trumpets, Joshua said to the people, “Shout! For the Lord has given you the city. 17 The city and everything that is in it shall be under the ban [that is, designated to be destroyed as a form of tribute] to the Lord; only Rahab the prostitute and all [the people] who are with her in her house shall [be allowed to] live, because she hid and protected the messengers (scouts) whom we sent. 18 But as for you, keep yourselves [away] from the things under the ban [which are to be destroyed], so that you do not covet them and take some of the things under the ban [for personal gain], and put the camp of Israel under the ban (doomed to destruction), and bring disaster upon it. 19 All the silver and gold and articles of bronze and iron are holy (consecrated) to the Lord; they shall go into the treasury of the Lord.” 20 So the people shouted [the battle cry], and the priests blew the trumpets. When the people heard the sound of the trumpet, they raised a great shout and the wall [of Jericho] fell down, so that the sons of Israel went up into the city, every man straight ahead [climbing over the rubble], and they overthrew the city.

What’s our takeaway from this? Joshua 6 vividly demonstrates the miraculous power of God. But more than that, the utter destruction of Jericho teaches us several truths regarding God’s grace and our salvation that we are to apply to our day to day life.

The people of Israel had just crossed over the Jordan River into the land of Canaan (Joshua 3:14–17). This was the land of milk and honey God had promised to Abraham over 500 years earlier (Deuteronomy 6:3, 32:49). After spending forty difficult years wandering in the desert of Sinai, the people of Israel were now on the eastern banks of the Jordan. Their challenge: take the land of Canaan, the Promised Land. However, their first obstacle was the city of Jericho (Joshua 6:1), an unconquerable, walled city. Excavations there reveal that its fortifications featured a stone wall 11 feet high and 14 feet wide. At its top was a smooth stone slope, angling upward at 35 degrees for 35 feet, where it joined massive stone walls that towered even higher. It was virtually impregnable.

However, the strategy to conquer the city of Jericho was unique in two ways: First, it was laid out by God Himself, and, second, the strategy was a seemingly ridiculous and far-fetched plan. God simply told Joshua to have the people to march silently around Jericho for six days, and then, after seven circuits on the seventh day, to shout.

Though it seemed totally ridiculous, Joshua obeyed God’s instructions. When the people did finally shout, the massive walls collapsed instantly, and Israel won an easy victory. In fact, God had given the city of Jericho to them before they even began to march around its walls (Joshua 6:2, 16). It was when the people of God, by faith, followed the commands of God that the walls of Jericho fell down (Joshua 6:20).  So many times in our walk with God. He will orchestrate times just like this – He will ask us to do things that seem far-fetched, not practical and definitely a little ridiculous….let’s just go ahead and say it – down right embarrassing! Yet, it’s in these tests of our faith and trust in Him when He is actually positioning us to experience Him in ways we would never otherwise be allowed to know Him!

The description of the complete obliteration of Jericho was recorded in Scripture in order to teach us several lessons. Most important is that obedience, even when God’s commands seem foolish and way outside the practical or reasonable, will bring victory.

When we are faced with seemingly insurmountable odds, we must learn that our Jericho victories are won only when our faithful obedience to God is complete.

It’s in these times when we must believe Him, and not be swayed by our own flesh, our own intellect or the opinions of other people.

There are other key lessons we should learn from this story.

First, there is a vast difference between God’s way and the way of man (Isaiah 55:8–9). Though militarily it was irrational to assault Jericho in the manner it was done, we must never question God’s purpose or instructions. We must have faith that God is who He says He is and will do what He says He will do (Hebrews 10:23; 11:1).

Second, the power of God is supernatural, beyond our comprehension (Psalm 18:13–15; Daniel 4:35; Job 38:4–6). The walls of Jericho fell, and they fell instantly. The walls collapsed by the sheer power of God.

Third, there is an uncompromising relationship between the grace of God and our faith and obedience to Him. Scripture says, “By faith the walls of Jericho fell, after the people had marched around them for seven days” (Hebrews 11:30). Although their faith had frequently failed in the past, in this instance the children of Israel believed and trusted God and His promises. As they were saved by faith, so we are today saved by faith (Romans 5:1; John 3:16–18). Yet …

faith must be evidenced by obedience.

The children of Israel had faith, they obeyed, and the walls of Jericho fell “by faith” after they were circled for seven straight days. Saving faith impels us to obey God (Matthew 7:24–29; Hebrews 5:8–9; 1 John 2:3–5).

In addition, the story tells us that God keeps His promises (Joshua 6:2, 20). The walls of Jericho fell because God said they would. God’s promises to us today are just as certain. They are just as unswerving. They are exceedingly great and wonderfully precious (Hebrews 6:11–18; 10:36; Colossians 3:24).

Finally, we should learn that faith without works is dead (James 2:26).

It is not enough to say, “I believe God,” and then live in an ungodly manner. If we truly believe God, our desire is to obey God. Our faith is put to work.

We make every effort to do exactly what God says and keep His commandments. Joshua and the Israelites carried out the commands of God and conquered Jericho. God gave them victory over an enemy that was trying to keep them out of the Promised Land. So it is with us today: if we have true faith, we are compelled to obey God, and God gives us victory over the enemies that we face throughout life. Obedience is the clear evidence of faith. Our faith is the evidence to others that we truly believe in Him.