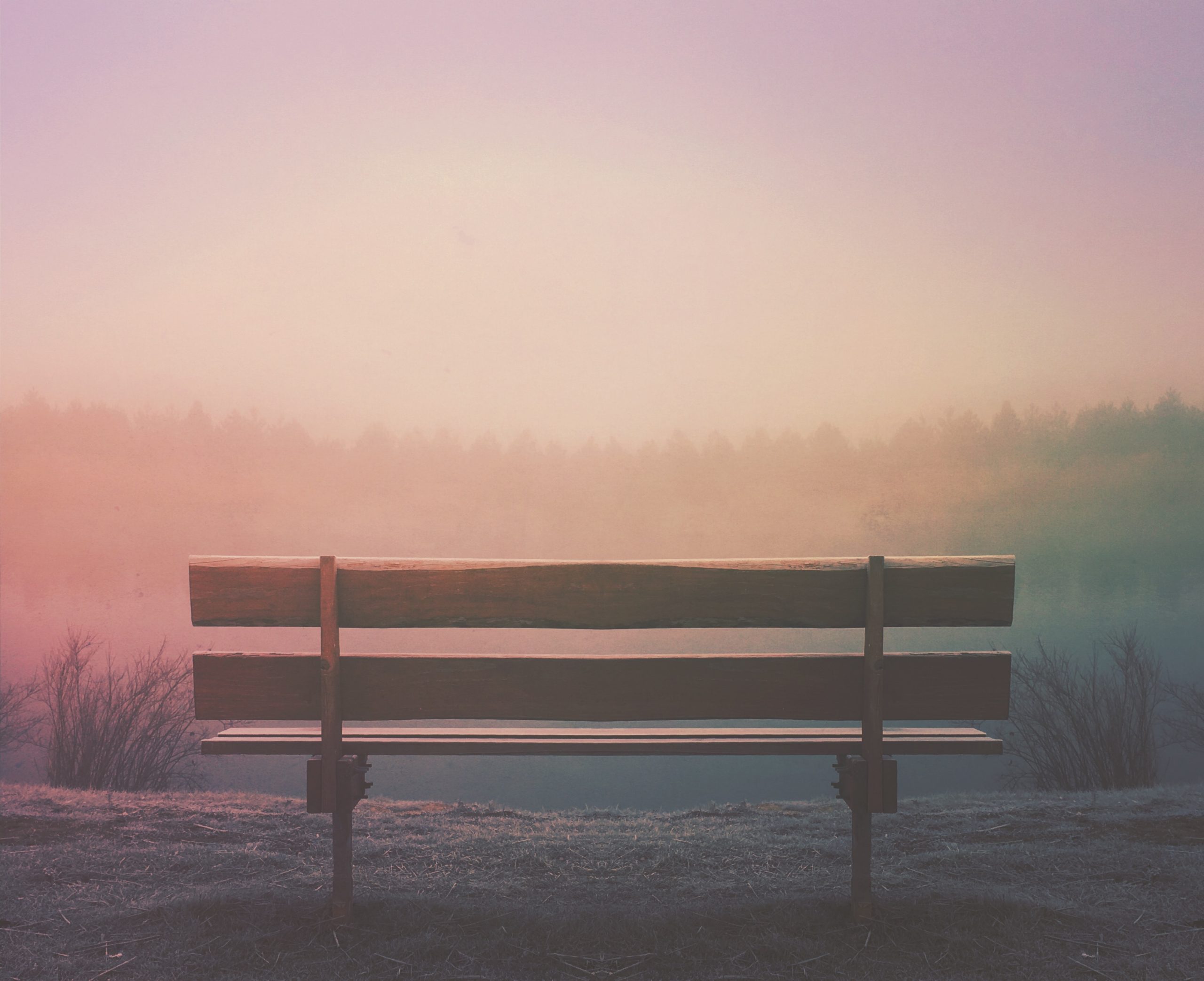 Happy Monday! I hope you’ve had a great day!

You know, when we workout, experts say that in order to have a really effective workout, even for our walks outside to really benefit us, we need to be active for at least 30 minutes. All my fitness workouts on the on Demand program I use, they all have 30-60 or 60-90 minute workouts … letting me know, “If you want results, you have to devote to the time”

That is kinda sorta close to how I would love for us to approach the videos I will be sharing throughout this series. They may not be just 5-10 minutes, but to really be able to try to effectively communicate what I am hoping and praying will bless your life and encourage you, they may need to be about 30 minutes or less.

Hope you’re good with that??? (smile if you are!)  … not that I can see you, but it will sure make you feel better!

After you watch this video, come back and work through this small application below:

Read Genesis 2:2 – when you think of God resting, what images of Him come to your mind? Why do you think He didn’t just stop from His work on Day 6 and that was the end of all His work, but instead He created another entire day (Day 7) for rest – an entire day of no labor and no working?  Why? There are no right or wrong answers to this, but just really give it undistracted thought.

As we live in rest, life changes … what changes would you want to see in your life?

What changes have you already identified in your life that need to take place? Changes in how you eat, drink, how you care for yourself, or how you care for someone else? Maybe they are changes that have been habits of your life for way too long. Start a conversation with God about these changes and don’t worry about saying something wrong. Just let Him hear you share with Him your thoughts about this.

On a piece of paper, would you consider writing down those changes you’d like to see? But do this … write slowly. Resist the urge to write in bullet form, but instead (like the Psalms) write from your heart and write as you feel, being totally honest.

Read Psalm 34:17. Read it slowly out loud. What word or phrase is speaking to you? Jot it down. Don’t force it, but instead simply jot down the word or phrase that seems to be drawing  your eye right back to it.

With this being true…with this bringing rest to your mind, what do you want to simply voice to God — knowing He hears you. He hears every sigh, every word, every thought that you try to articulate but still feel you can’t. He hears your heart, and that is what needs to rest in His comforting care.

Do you find it difficult to rest?  Explain.

Here is what I was sharing with you on the video:

The key to understanding how Jesus is our Sabbath rest is the Hebrew word sabat, which means “to rest or stop or cease from work.” The origin of the Sabbath goes back to Creation. After creating the heavens and the earth in six days, God “rested on the seventh day from all His work which He had made” (Genesis 2:2). This doesn’t mean that God was tired and needed a rest. We know that God is omnipotent, literally “all-powerful.” He has all the power in the universe, He never tires, and His most arduous expenditure of energy does not diminish His power one bit. So, what does it mean that God rested on the seventh day? Simply that He stopped what He was doing. He ceased from His labors. This is important in understanding the establishment of the Sabbath day and the role of Christ as our Sabbath rest.

God used the example of His resting on the seventh day of Creation to establish the principle of the Sabbath day rest for His people. In Exodus 20:8-11 and Deuteronomy 5:12-15, God gave the Israelites the fourth of His Ten Commandments. They were to “remember” the Sabbath day and “keep it holy.” One day out of every seven, they were to rest from their labors and give the same day of rest to their servants and animals. This was not just a physical rest, but a cessation of laboring. Whatever work they were engaged in was to stop for a full day each week. (Please read our other articles on the Sabbath day, Saturday vs. Sunday and Sabbath keeping to explore this issue further.) The Sabbath day was established so the people would rest from their labors, only to begin again after a one-day rest.

The various elements of the Sabbath symbolized the coming of the Messiah, who would provide a permanent rest for His people. Once again the example of resting from our labors comes into play. With the establishment of the Old Testament Law, the Jews were constantly “laboring” to make themselves acceptable to God. Their labors included trying to obey a myriad of do’s and don’ts of the ceremonial law, the Temple law, the civil law, etc. Of course they couldn’t possibly keep all those laws, so God provided an array of sin offerings and sacrifices so they could come to Him for forgiveness and restore fellowship with Him, but only temporarily. Just as they began their physical labors after a one-day rest, so, too, did they have to continue to offer sacrifices. Hebrews 10:1 tells us that the law “can never, by the same sacrifices repeated endlessly year after year, make perfect those who draw near to worship.” But these sacrifices were offered in anticipation of the ultimate sacrifice of Christ on the cross, who “after He had offered one sacrifice for sins forever, sat down on the right of God” (Hebrews 10:12). Just as He rested after performing the ultimate sacrifice, He sat down and rested—ceased from His labor of atonement because there was nothing more to be done, ever. Because of what He did, we no longer have to “labor” in law-keeping in order to be justified in the sight of God. Jesus was sent so that we might rest in God and in what He has provided.

Another element of the Sabbath day rest which God instituted as a foreshadowing of our complete rest in Christ is that He blessed it, sanctified it, and made it holy. Here again we see the symbol of Christ as our Sabbath rest—the holy, perfect Son of God who sanctifies and makes holy all who believe in Him. God sanctified Christ, just as He sanctified the Sabbath day, and sent Him into the world (John 10:36) to be our sacrifice for sin. In Him we find complete rest from the labors of our self-effort, because He alone is holy and righteous. “God made him who had no sin to be sin for us, so that in him we might become the righteousness of God” (2 Corinthians 5:21). We can now cease from our spiritual labors and rest in Him, not just one day a week, but always.

Jesus can be our Sabbath rest in part because He is “Lord of the Sabbath” (Matthew 12:8). As God incarnate, He decides the true meaning of the Sabbath because He created it, and He is our Sabbath rest in the flesh. When the Pharisees criticized Him for healing on the Sabbath, Jesus reminded them that even they, sinful as they were, would not hesitate to pull a sheep out of a pit on the Sabbath. Because He came to seek and save His sheep who would hear His voice (John 10:3,27) and enter into the Sabbath rest He provided by paying for their sins, He could break the Sabbath rules. He told the Pharisees that people are more important than sheep and the salvation He provided was more important than rules. By saying, “The Sabbath was made for man, not man for the Sabbath” (Mark 2:27), Jesus was restating the principle that the Sabbath rest was instituted to relieve man of his labors, just as He came to relieve us of our attempting to achieve salvation by our works. We no longer rest for only one day, but forever cease our laboring to attain God’s favor. Jesus is our rest from works now, just as He is the door to heaven, where we will rest in Him forever.

Hebrews 4 is the definitive passage regarding Jesus as our Sabbath rest. The writer to the Hebrews exhorts his readers to “enter in” to the Sabbath rest provided by Christ. After three chapters of telling them that Jesus is superior to the angels and that He is our Apostle and High Priest, he pleads with them to not harden their hearts against Him, as their fathers hardened their hearts against the Lord in the wilderness. Because of their unbelief, God denied that generation access to the holy land, saying, “They shall not enter into My rest” (Hebrews 3:11). In the same way, the writer to the Hebrews begs his readers not to make the same mistake by rejecting God’s Sabbath rest in Jesus Christ. “There remains, then, a Sabbath-rest for the people of God; for anyone who enters God’s rest also rests from his own work, just as God did from his. Let us, therefore, make every effort to enter that rest, so that no one will fall by following their example of disobedience” (Hebrews 4:9–11).

There is no other Sabbath rest besides Jesus. He alone satisfies the requirements of the Law, and He alone provides the sacrifice that atones for sin. He is God’s plan for us to cease from the labor of our own works. We dare not reject this one-and-only Way of salvation (John 14:6). God’s reaction to those who choose to reject His plan is seen in Numbers 15. A man was found gathering sticks on the Sabbath day, in spite of God’s plain commandment to cease from all labor on the Sabbath. This transgression was a known and willful sin, done with unblushing boldness in broad daylight, in open defiance of the divine authority. “Then the LORD said to Moses, ‘The man must die. The whole assembly must stone him outside the camp’” (verse 35). So it will be to all who reject God’s provision for our Sabbath rest in Christ. “How shall we escape if we neglect so great a salvation?” (Hebrews 2:3).